On November 25th 2018, the world changed, with the announcement by ‘rogue scientist’, He Jiankui, of the birth of the world’s first genetically modified (GM) babies in China. Is this the start of a new era of human history, the age of designer baby eugenics? Despite widespread condemnation of He Jiankui’s actions, the world’s leading scientific organisations refused to consider civil society organisations’ demand for a moratorium. Instead, they said that they would be pushing ahead with the application of this technology. If you’re worried about this, you should be, because science is clearly out of control.

“Now that we’ve seen the first two designer babies, it’s time for the governments of the world to say: no more. Instead of trying to genetically ‘improve’ children, we need to nurture the wonderful children we already have.

“Citizens must make sure we pass the necessary laws and stop producing GM children.”

Bill McKibben, environmentalist and founder of 350.org, author of Enough: Staying Human in an Engineered Age and Falter: Has the Human Game Begun to Play Itself Out?

To understand this issue, one fact is crucial: it is NOT TRUE that we must allow this technology, otherwise children with genetic diseases will continue to suffer. Safe and reliable technologies already exist to prevent genetic diseases. The ethical/social case against designer babies is very simple.

Stop Designer Babies doesn’t want to go quietly into that world of designer babies whilst scientists reassure us that it’s all for the best. We are campaigning because we think there is a democratic right to put limits on irresponsible science.In fact, nearly all governments in countries with IVF and biotechnology industries have agreed with that. They have banned genetic modification of humans and human cloning, because it is obvious that this would lead to a new eugenics. But US and British scientists and some bioethicists are clearly building pressure to legalise human genetic modification, as they did with human-animal hybrid embryos and recently, ‘three parent babies’. We must defend the laws against cloning and GM babies against those who want to make money in a designer baby market, and those who will accept no ethical restrictions upon science. We believe that the ethical line must be drawn here. A global agreement banning human genetic modification and cloning, like the treaty banning biological weapons, is needed now. If you agree, please join our network by emailing us 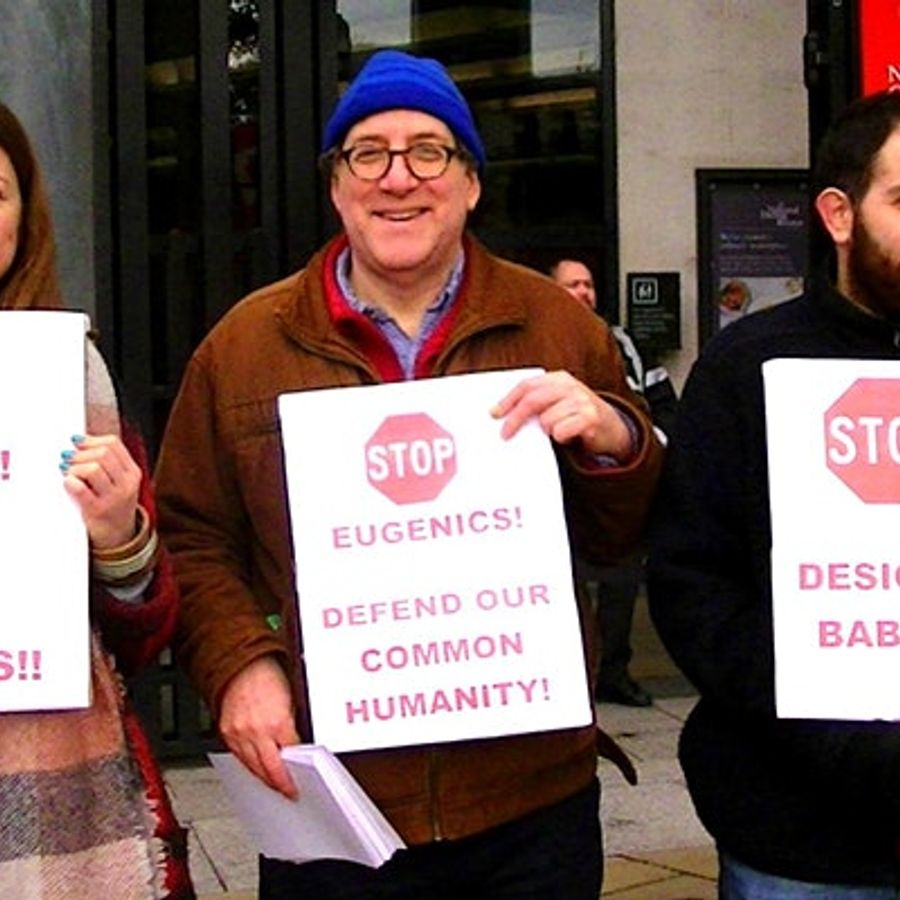 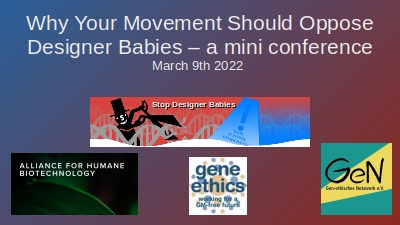